We know him as the up-and-coming Mexican-born chef cooking kosher food on the west side of Los Angeles, gaining wide attention for bringing his unique touch while serving basic fare of tacos, burritos, and quesadillas. He’s got spunk and chutzpah. And, a fierce yearning for competition as he won Food Network’s CHOPPED and irked his competition as a top contender on Bravo’s Top Chef in Boston.

It’s his brass and bold personality we saw in those U.S. shows that has taken Chef Katsuji Tanabe, 35, south of the border to compete in NBC UNIVERSO network’s first season of “Top Chef Mexico.” LatinoFoodies set your DVRs as the season premieres on Thursday, Feb. 18 at 9pm/8c. 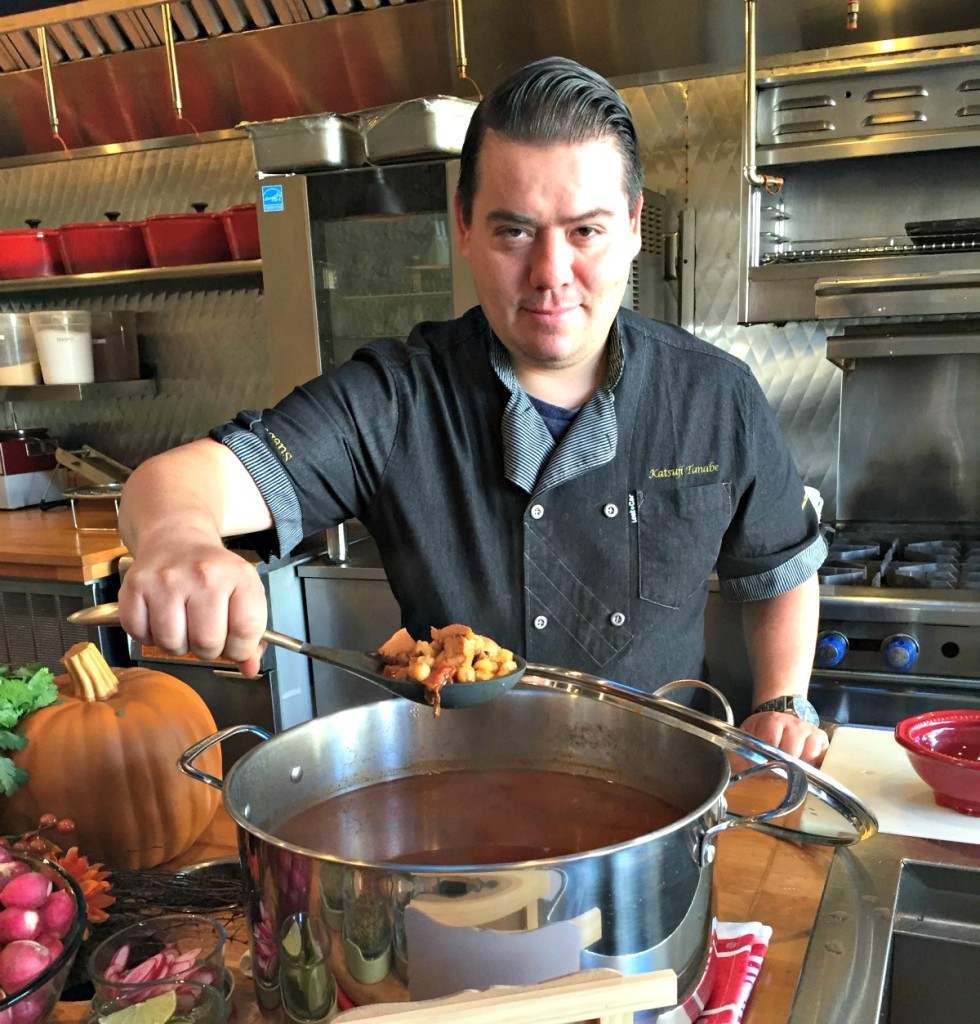 Hosted by actress Ana Claudia Talancón, the 13 episode reality competition television series is based on Bravo’s international franchise Top Chef and is produced by Cinemateli Content. Katsuji competes against other professional chefs, many trained from world-renowned restaurants, such as el Bulli, in various cooking-themed challenges and judges will eliminate one chef until the last remaining contestant wins the coveted title of “Top Chef México.”

Comparing his time in Mexico to when he competed in America’s Top Chef, Katsuji said, “The experience in Mexico was more difficult as the competing chefs were at a much higher level. I got along with everyone, but as the competition progressed the egos came out.”

Having a chance to eat some of Chef Katsuji’s food, we’ve experienced his amazing talents in the kitchen and are making a forecast that he will be one of the top Mexican chefs in LA in years to come. Just take a look at some of his creations:

Unfortunately for us, Katsuji was sworn to secrecy and so couldn’t say if he won or made it to the finals. We’ll just have to watch and see for ourselves. Married with two young children, Katsuji said the competition shows Mexican food as one of the top cuisines in the world. The chefs cook and plate the food with deep respect for the local ingredients and show people just how beautiful and sophisticated Mexican food can be. 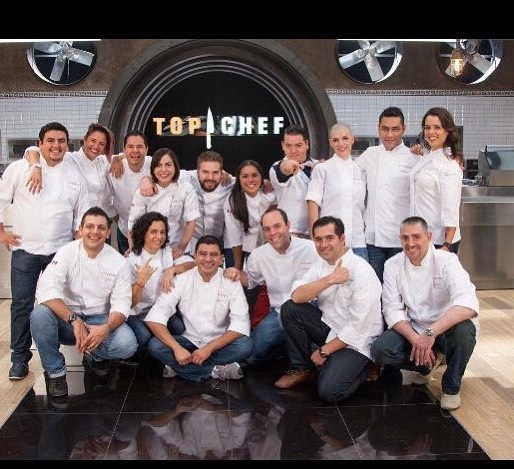 In “Top Chef México,” chefs compete for a cash prize of $1,000,000 Mexican pesos and a feature in Travel & Leisure Mexico magazine. Foodies can start engaging on social media using the hashtag #TopChefMex and find more content about the show in Spanish on NBC UNIVERSO’s Facebook page.