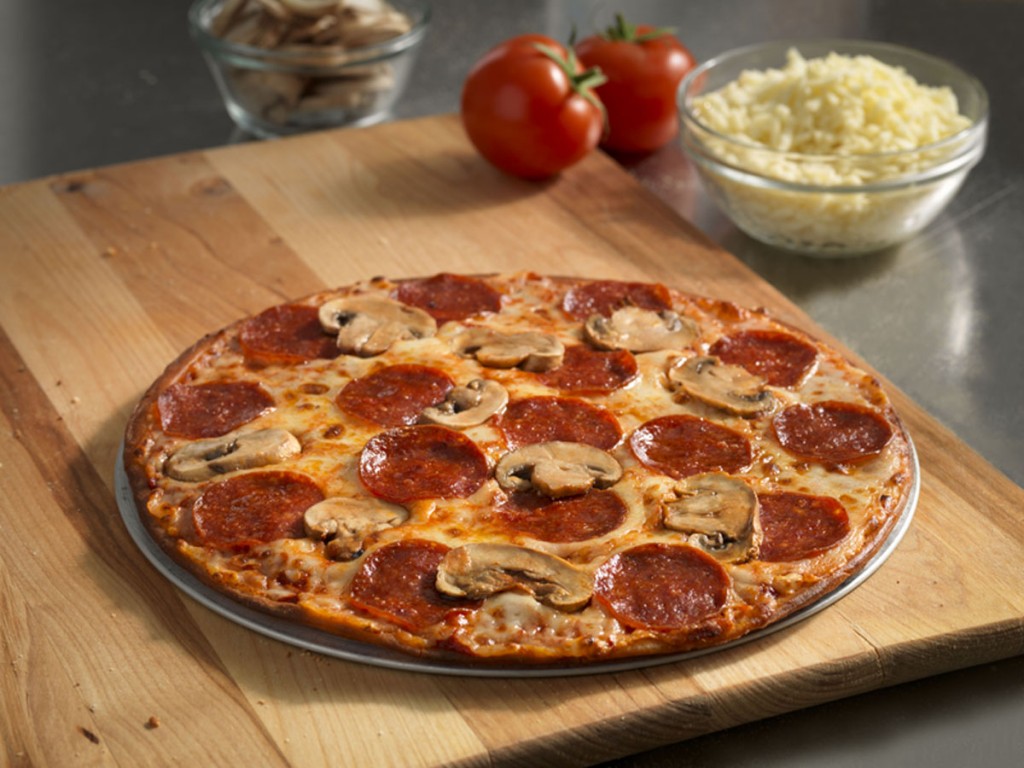 Have you tried it? Domino's Pizza new Gluten Free Crust.

Do you ever feel totally out of sorts after eating baked goods or other processed foods? Perhaps you are gluten intolerant or more seriously, may have celiac disease. People live for years not knowing and living with the discomfort.

We have family members who are gluten intolerant and are now being creative with their recipes of traditional baked goods.  According to the American Diabetes Association, about 1% of the total population has celiac disease. It is more common in people with type 1 diabetes. An estimated 10% of people with type 1 also have celiac. The only way to manage celiac disease is to completely avoid all foods that have gluten.

Gluten is a substance found naturally in wheat, rye and barley. Oats and corn are often cross-contaminated by wheat. Gluten is the glue that holds baked goods together, unfortunately for gluten intolerant people, their bodies are unable to digest gluten.  The most common reaction is stomach problems.

What are some of the symptoms of gluten intolerance and celiac disease?

Once you get over the initial shock that you are gluten intolerant, there are plenty of options.  Shopping on the outside aisles of the supermarket is simple.  All meats, fish, vegetables, fruits etc are naturally gluten-free unless they have been processed in some way. Potatoes and rice are still safe.  There are gluten-free baked products, packet mixes and alternate flours to do your own baking.  And there’s the problem.  Gluten Free baking differs from regular flour baking.

Domino’s Pizza introduced a Gluten Free Crust available in all of its nearly 5,000 U.S. stores and becoming the first national pizza delivery chain to offer such a product.

Last night Domino’s Pizza generously sent to LatinoFoodie their new Gluten Free Crust to taste and review. Guess what? We liked it! It had a thin crust that held together  the toppings well. It tasted just like “regular” pizza dough. Good job Domino’s!

We’re glad to hear that Domino’s Pizza consulted with the National Foundation for Celiac Awareness (NFCA) to ensure its products and team member training meet the standards of the foundation’s GREAT Kitchens Amber Designation. In case you didn’t know, NFCA’s GREAT Kitchens is an official credentialing program that has expanded to include restaurants offering gluten-free products with varying kitchen practices, therefore suitable for those with gluten sensitivity under the Amber Designation.

Domino’s new Gluten Free Crust provides a great-tasting option for consumers who previously could not enjoy pizza from the recognized world leader in pizza delivery because of sensitivity to gluten – a protein found in wheat, rye and barley.

Please note though that Domino’s new Gluten Free Crust is available in stores across the U.S. in a small, 10-inch size only, and prices vary by store.