While all my friends were scarfing chicken wings and carne asada nachos watching the NFL championship games on Sunday, I was being schooled by some top celebrity chefs. Greek-American culinary star Michael Psilakis showed us how to make a gyro spice of cumin, coriander, yellow mustard seed, cloves, black cardamom, fennel and cinnamon. America’s premier wine and spirits celebrity Michael Green humurously told us how to order wine in a restaurant. We also learned how to work with gelatin sheets and make a beef Madeira reduction. This was all part of the Buick Food & Wine Discovery Tour on Jan. 20th at The Four Seasons Hotel & Spa in Westlake Village. 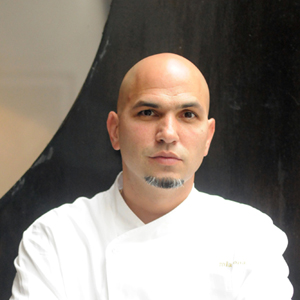 The headline of the event was Michael Psilakis, a self-taught chef who has been named chef of the year by both Bon Appétit and Esquire, and best new chef by Food & Wine. He has a new cookbook, “How to Roast a Lamb; New Greek Classic Cooking.” I can’t wait to dive into the book and read across ten chapters where Psilakis “serves up a feast of compelling personal narrative that provides a framework for the 150 recipes.” Greek food takes me back to college when I studied abroad in Greece. Buick generously gave us a signed copy of the book. Classy!

Now, mind you, I was told it was a tasting so I skipped breakfast to prepare for a full-on face-stuffing binge.  It was now 1 p.m. and we were barely getting to our first “taste.” A very small ball of caraway ice cream, a dollop of coconut rice pudding and 2×2″ citrus-flavored Yuzu Chiboust. Think a combination of merengue and pastry cream. This picture below totally makes it look like a big portion. 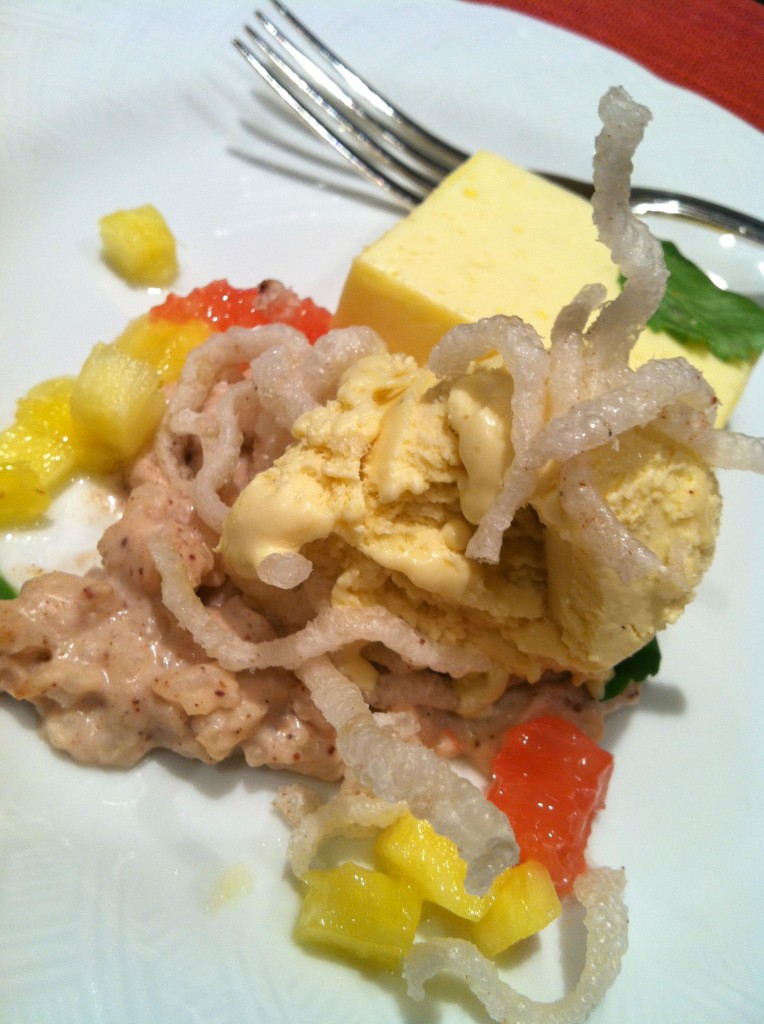 We soon “discovered” on this tour that we were only having three total dishes and a “taste” was the perfect way to describe each small plate. I left the event absolutely famished. All of my friends wanted to hit a DRIVE-THRU — Hey — you see, there is a connection between food and cars. Good thinking, Buick!

But, we enjoyed ourselves nonetheless. Here are some photos from the event. Our sincere apologies for the quality of the pictures. I used my iPhone camera as Art had our Canon photographing food for an upcoming blog post. I went back and forth and finally “let go” and let you guys in on some of the good food prepared. Send me a note if you’d like me to send the recipe to any of these dishes. 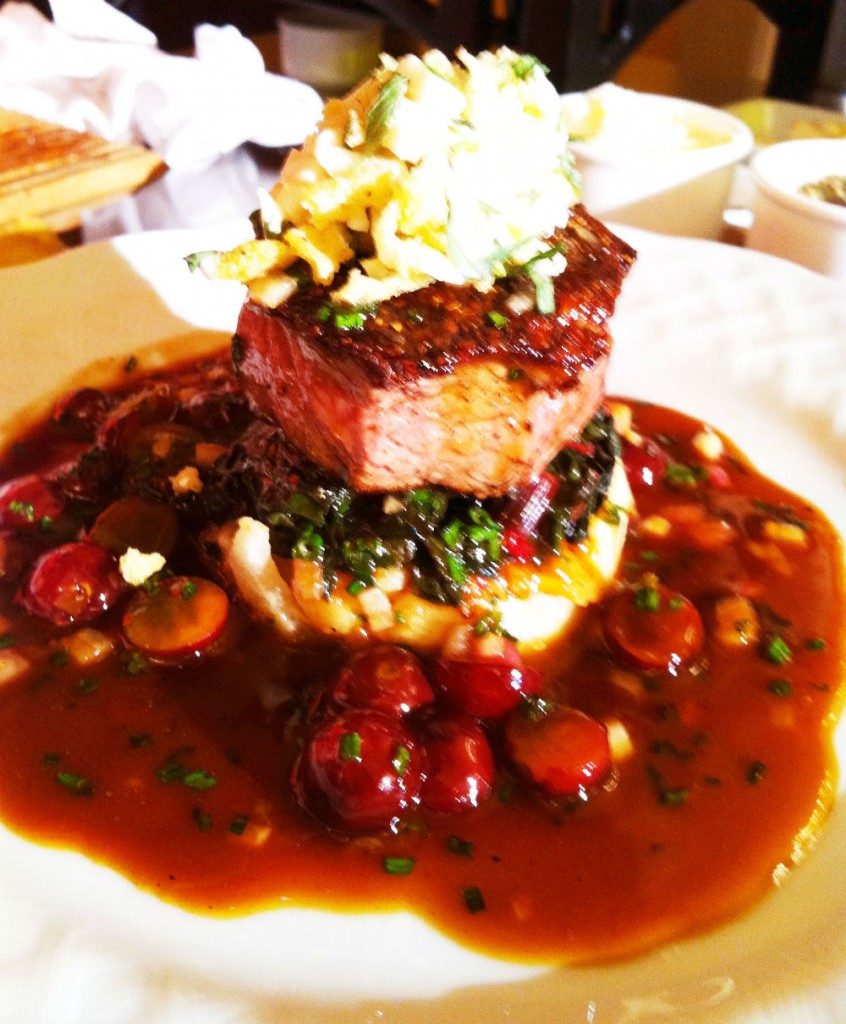 Chef Raphael Lunetta of Jiraffe Restaurant in Santa Monica, Ca., presented a filet of beef, Yukon potato and pear gratin, red flame grapes, sauteed swiss chard, julienned hearts of palm, and a Madeira reduction. The sauce is what brought this dish magnificently all together. The light sweetness of the pears with the potatoes and cream made the gratin simply blissful. 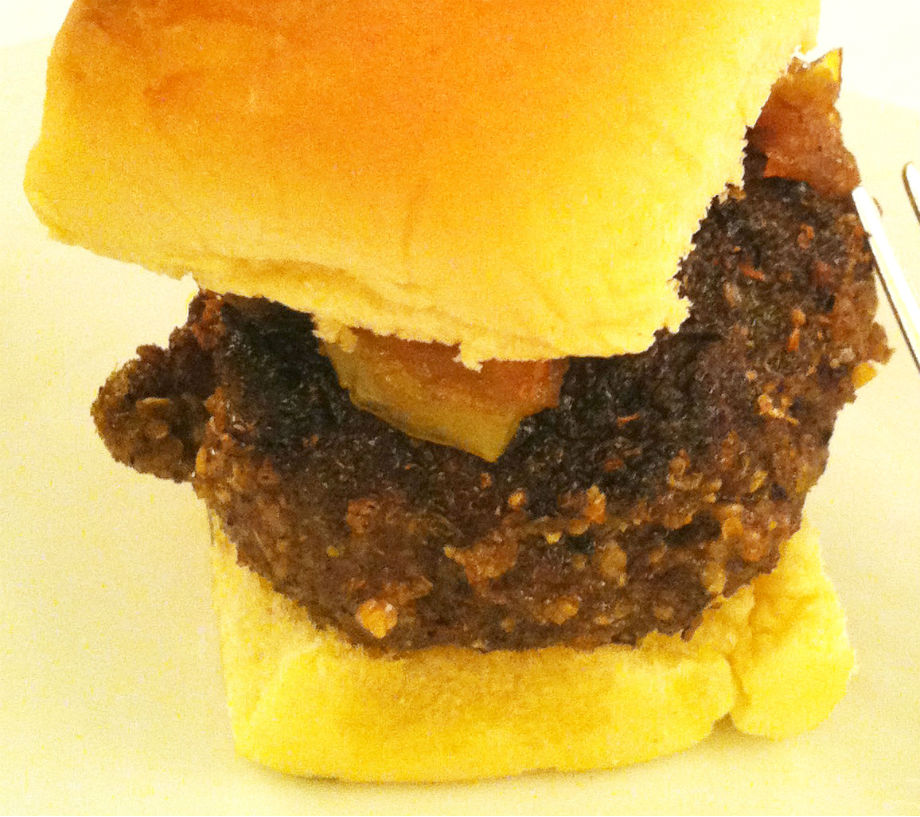 Finally, Michael Psilakis Gyro Spiced Sliders. The Greek spice could be used for lamb, beef, or chicken. It’s that good.

At the end of the post is Michael’s Greek gyro spice recipe. Cannot thank my friends enough for inviting me to the event. Although we left hungry, we learned great techniques and enjoyed a beautiful Sunday afternoon together. You can’t beat moments like that in life. 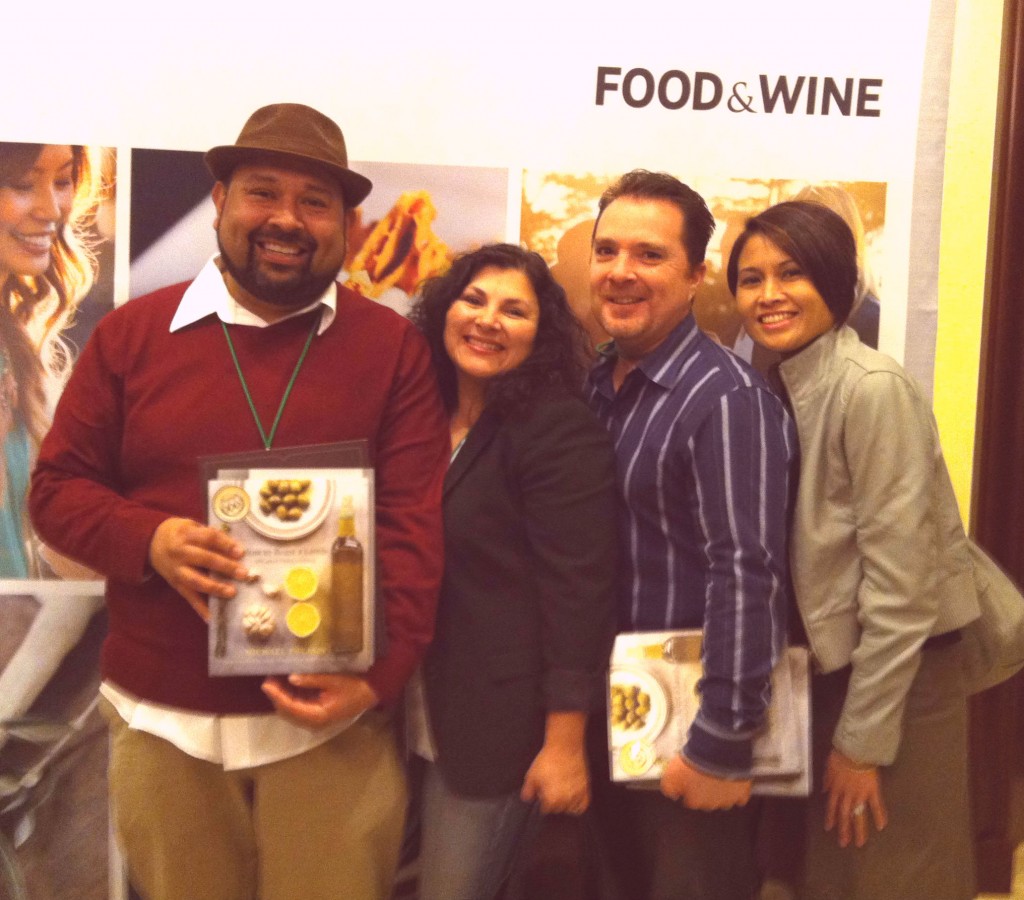