Americans have had a love affair with pizza since around the turn of the century, when it was mostly a peasant food made in the home kitchens of Italian immigrants. Today, pizza has become a worldwide favorite, making it a slice of heaven for children and adults alike. Pizza like music, crosses all cultures. Domino’s recognized this and now features a new Spanish-language app for people to order pizza with their favorite toppings in their preferred language. 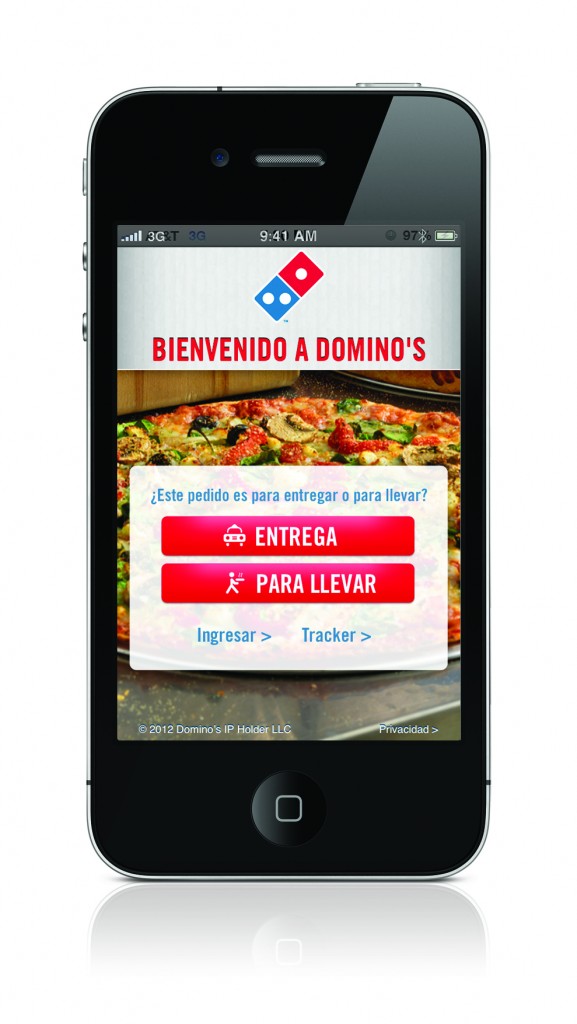 That makes sense because Hispanic households have increased their restaurant spending faster than the rest of U.S. diners. Their expenditures on food away from home grew 33 percent, from $1,865 in 2000 to $2,474 in 2010, while all American consumers boosted restaurant expenditures 17 percent, from $2,137 to $2,505, during that decade, according to government data.

Domino’s invited me to Ann Arbor, Michigan to tour a supply chain center where they make the fresh dough. Also had a chance to meet with the CEO Patrick Doyle and other top executives. Here’s a few photos from my recent trip. 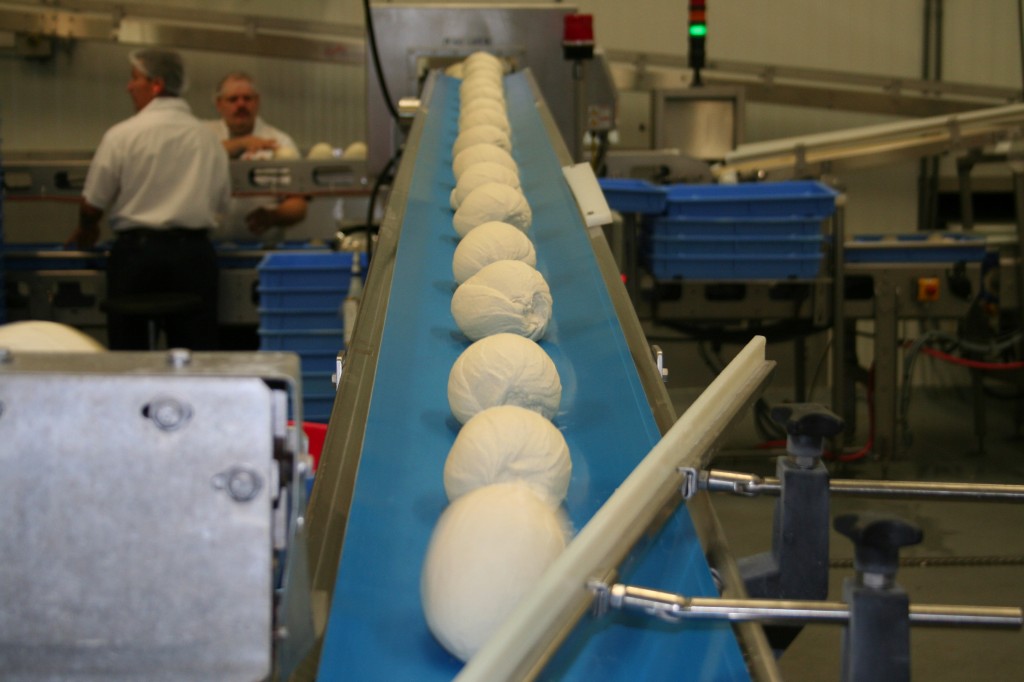 The freshly made dough running through the conveyor belt on its way to the stores. 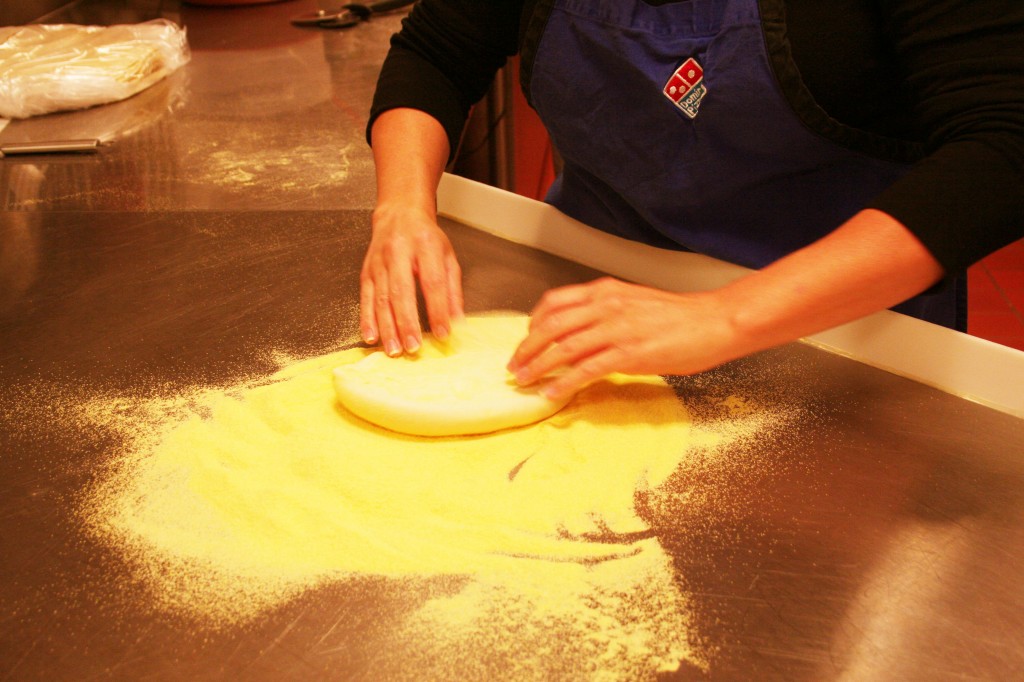 We had an opportunity to make our very own medium-sized pizzas. Interesting to note that Domino’s feels like they are there to help people eat through all of the key moments in time, from baseball games, birthday parties to hospitalization. 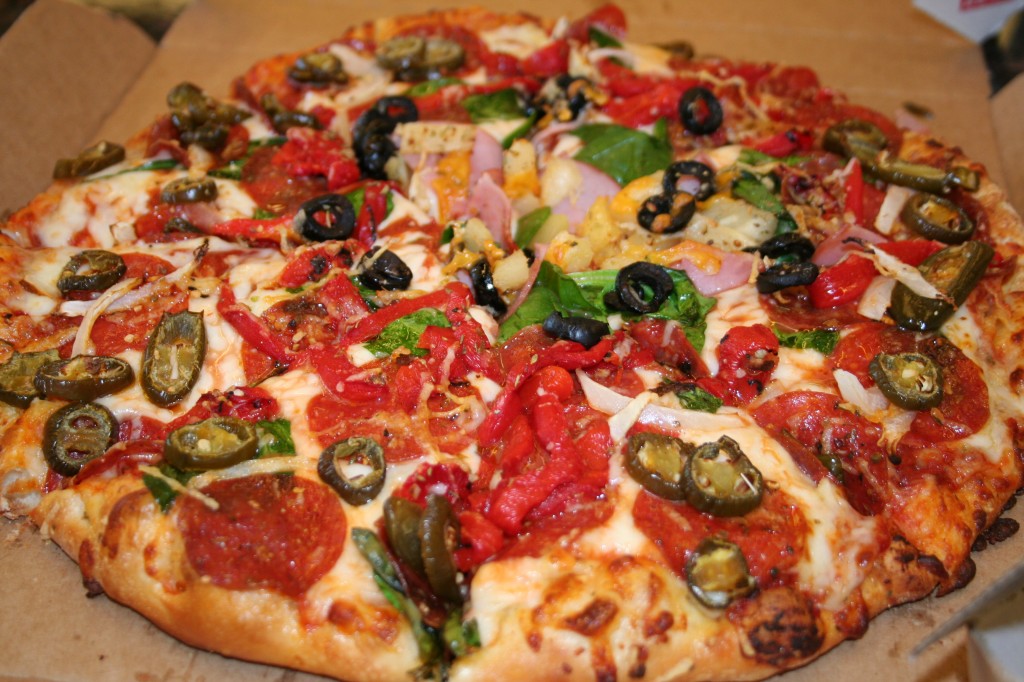 Here’s my special pizza that I am calling, “The Stefano!” I doubled up on the sauce and mozarella cheese and topped it with pepperoni, roasted red bell peppers, spinach, jalapenos, black olives, onions and in the middle of the pie made myself a little Hawaiian island with pineapples and Canadian bacon. 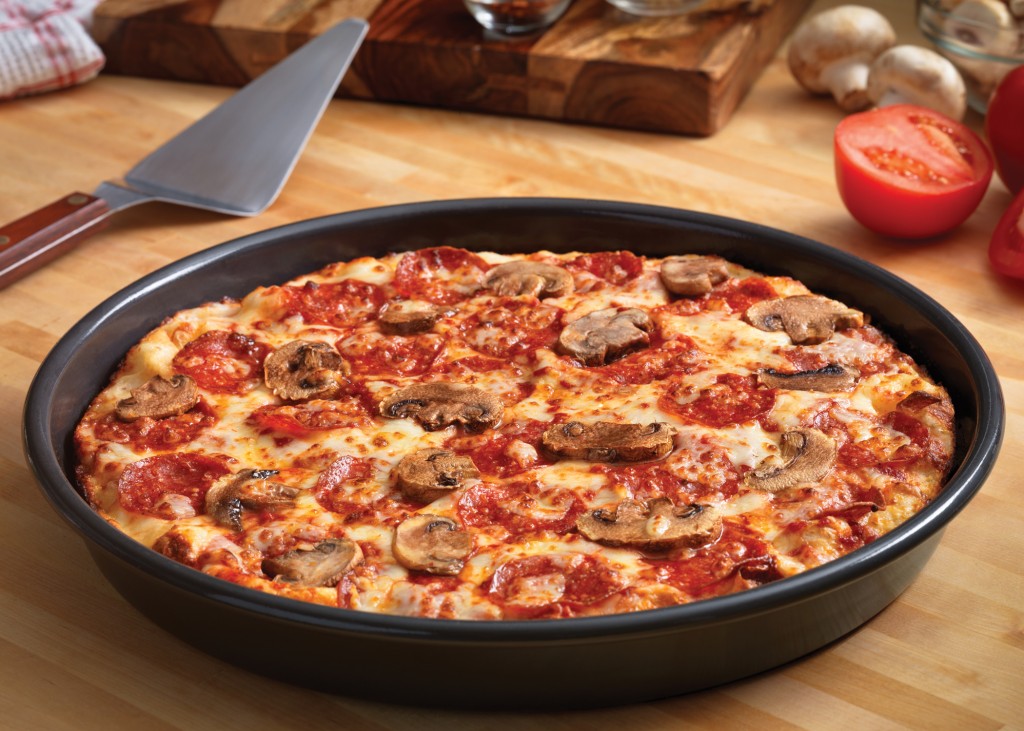 Domino’s Pizza rolls out a new handmade pan pizza. This is Domino’s first foray into pan pizzas, which have a thicker crust than traditional pies.  Domino’s plans to launch the pizza, which promises crispy, buttery crust and handmade, never-frozen dough, in nearly all of its 5,000 U.S. stores.