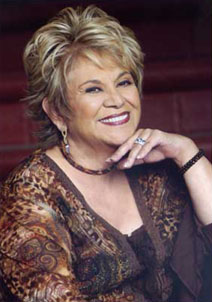 Some people may know Lupe Ontiveros as an award-winning actress, producer, activist, and visionary. I remember her being Selena’s KILLER!  Not too many may know that Ontiveros is also a foodie at heart. Recently, LatinoFoodie had the honor to go behind the scenes of Ontivero’s kitchen and ask her some questions.

Ontiveros film credits include PICKING UP THE PIECES with Woody Allen; AS GOOD AS IT GETS with Jack Nicholson, directed by James R. Brooks; THE BRAVE directed by Johnny Depp; and MI FAMILIA/SELENA, directed by Gregory Nava. Other credits include GOONIES, and STORYTELLING, just to name a few.   Ontiveros also starred in the HBO feature REAL WOMEN HAVE CURVES.

Whether portraying ‘La Nacha’ in the Oscar nominated film EL NORTE or as a founding member of LA’s Latino Theatre Company, Ontiveros has made both memorable and lasting contributions to the entertainment industry. Yet, it is for her tireless efforts and long-standing commitment to raise awareness of HIV/AIDS in the Latino community that The Wall Las Memorias is honoring Ontiveros, who lives in Pico Rivera, at the 3rd Annual ROJO Sabor Latino fundraiser. The tasting event takes place on Wednesday, Nov. 16 from 7 to 11 p.m. at Cicada Restaurant, 617 S. Olive Street, Los Angeles.  Buy your tickets today to experience superb dishes from eight high-profile restaurants.

If you could have dinner with anyone who would it be dead or alive?

James Bond all of them preferably alive

What is your perfect snack?

Name the three things you always have in your refrigerator.

Any favorite food or drink indulgences?

What is the most unusual thing you’ve eaten?

A small spider at a Spike Lee school benefit in NY. A donation was made to the school for every insect consumed up to a crispy tarantula.

What is the one dish you cook that you own – no one else can make it better?

What is your favorite comfort food?

Are there any foods that remind you of your childhood/home? 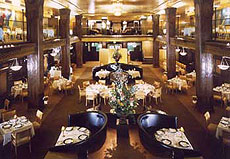 How much: $45 single tickets allow access to the event and food tastings from participating restaurants, including entertainment. Purchase tickets by visiting The Wall Las Memorias.  All proceeds from ROJO will go to continuing the organization’s work.  The Wall Las Memorias Project resides in Highland Park.