One of the most beloved desserts to eat during the Lenten season is Capirotada.  It was brought over by the Spaniards and quite possibly had its roots in Roman cuisine (remember that Spain was part of the Roman Empire), but it seems Mexican home cooks have perfected Capirotada, especially since it has so many variants, depending on the region where the cook is from!

Early versions of Capirotada tended to be more savory and included meat, but in the 20th century it was sweetened, and thus became more of a dessert dish. This is one of many dishes that tend to disappear in the kitchen by the 1st generation who are born in the U.S., probably because it is perceived as labor intensive. Yet, with the nation’s Latinos who are 2nd or 3rd generation, and searching any ties to their roots, we are seeing capirotada making a comeback.

Below is a rather traditional way of preparing it with “birote” (Mexican mini-baguette known as ‘bolillo’ in many parts of Mexico), and “piloncillo” (hardened, brown sugar cones), the two key ingredients in most Capirotadas. Yet, we wanted to give it a LatinoFoodie twist with some rum soaked raisins and sliced apples. Again, depending on the region and family, the beauty of Capirotada is that it can be transformed into all sorts of deliciousness. 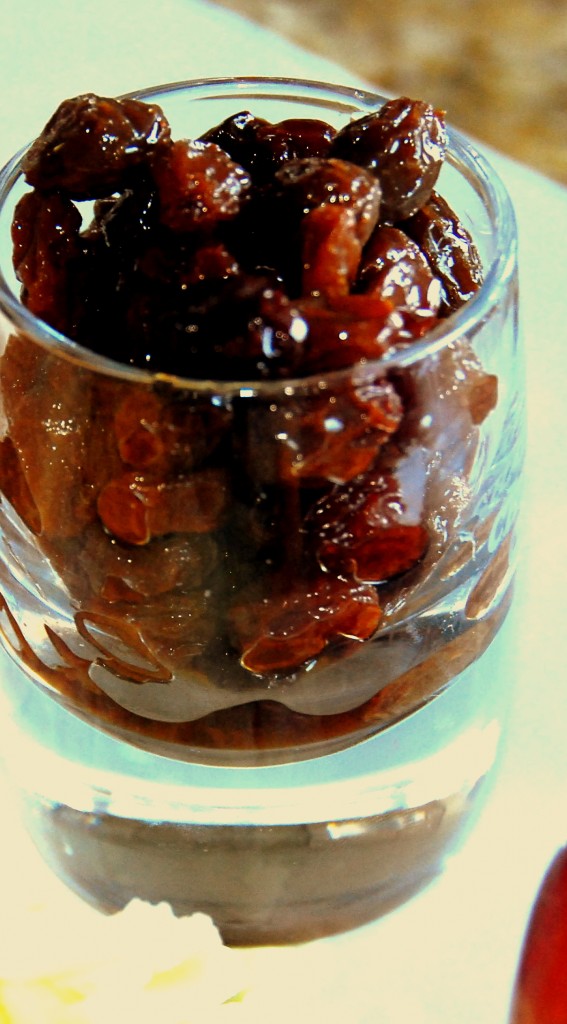 Rum soaked raisins — a new staple in our kitchen pantry.

Rum Raisin — In a large jar, fill 3/4 of the way with raisins and top off with your favorite rum. We used Captain Morgan Spiced Rum. Personally, we’re now keeping a jar of rum soaked raisins in our pantry year round. These are delicious on a bowl of vanilla bean ice cream, french toast, cookies…You get the point. Store at room temperature in your pantry.

Cut rolls in ½ inch slices and butter both sides, layer on a baking sheet and bake for 3 minutes on each side, until lightly toasted and dry. Remove and cool.

Bake for 40 minutes uncovered until cheese is golden brown. Remember to add the rest of the syrup if the top of the capirotada looks dry. 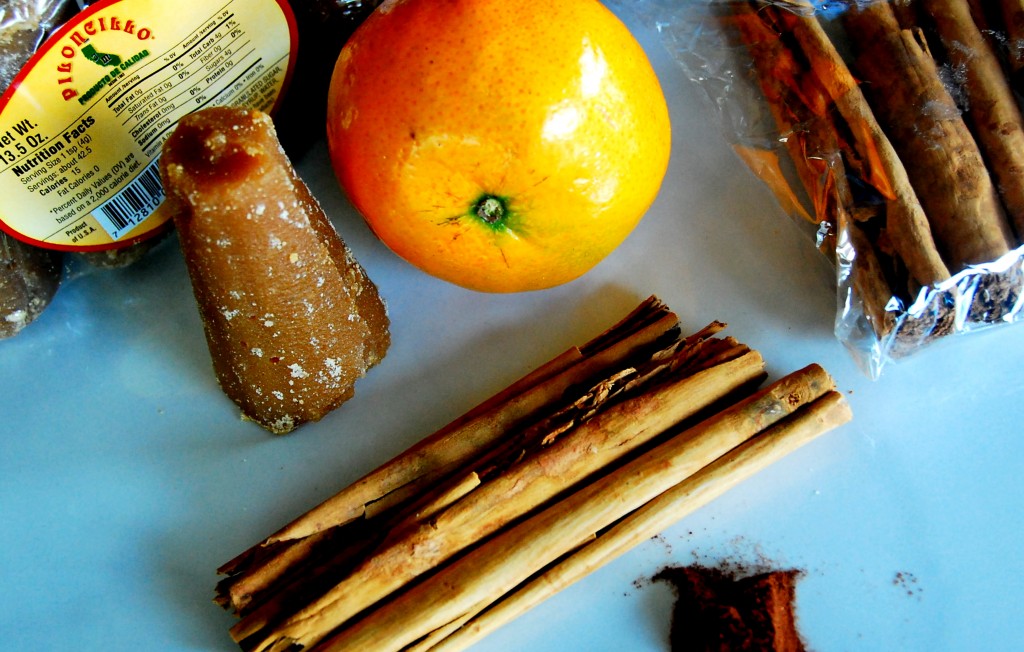 The ingredients for the syrup. 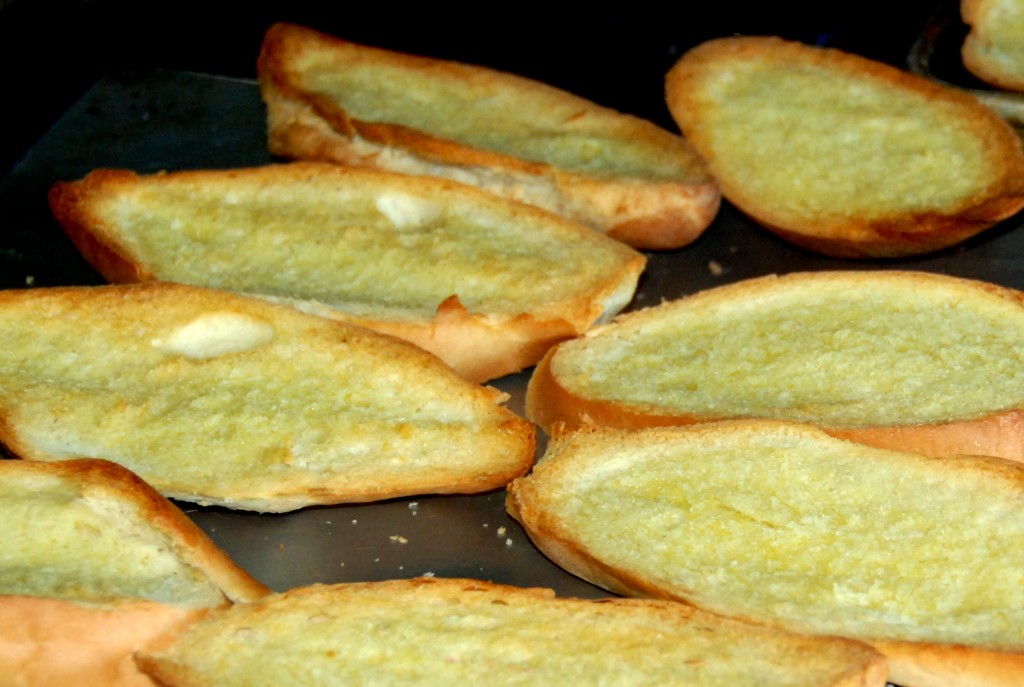 Make sure to butter and toast your bread. Let them sit outside for a bit to get dry. 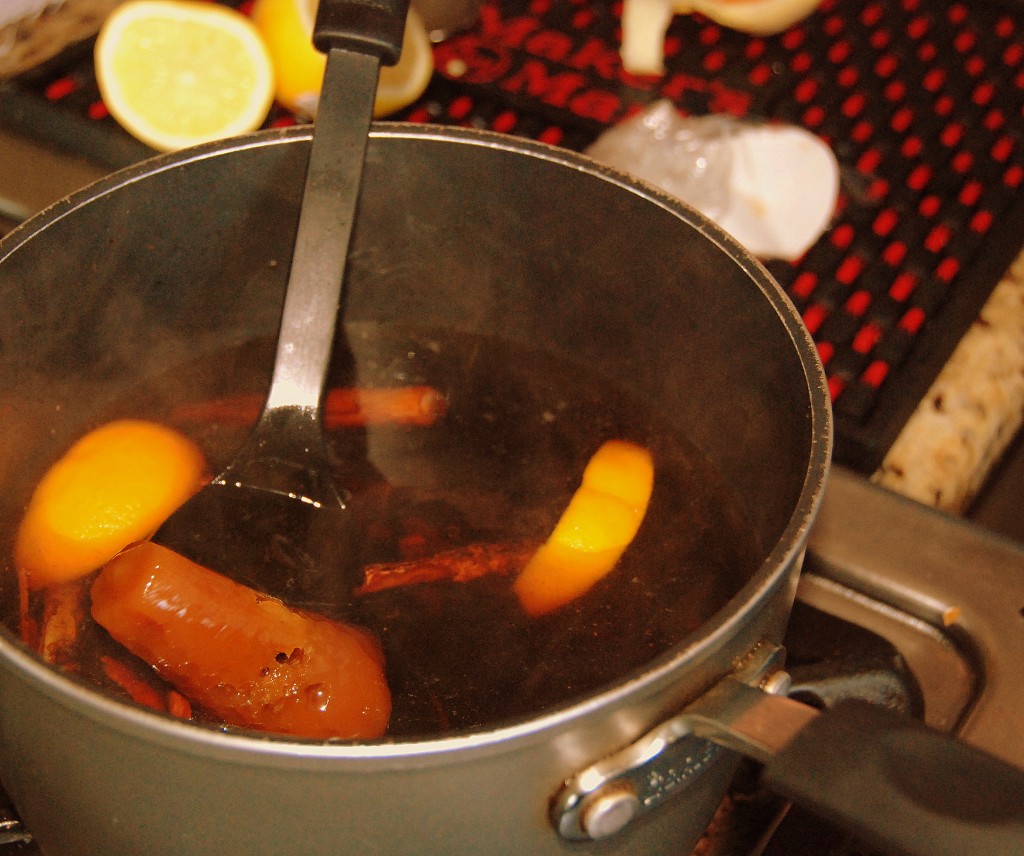 Piloncillo sauce — We want to now pour this on everything, including pancakes, french toast, and ice cream. 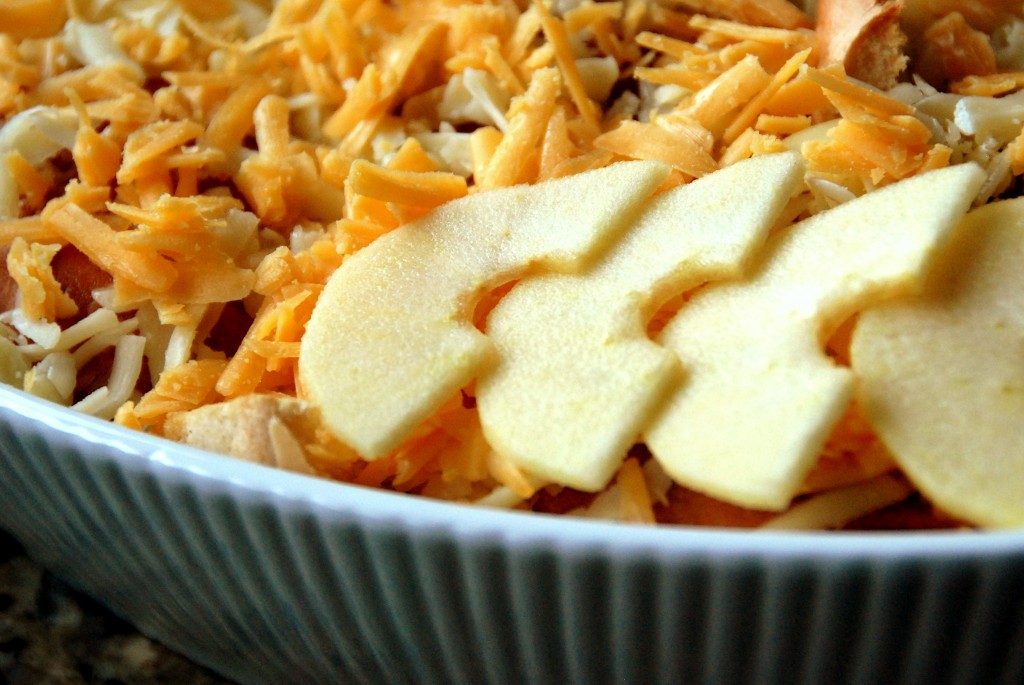 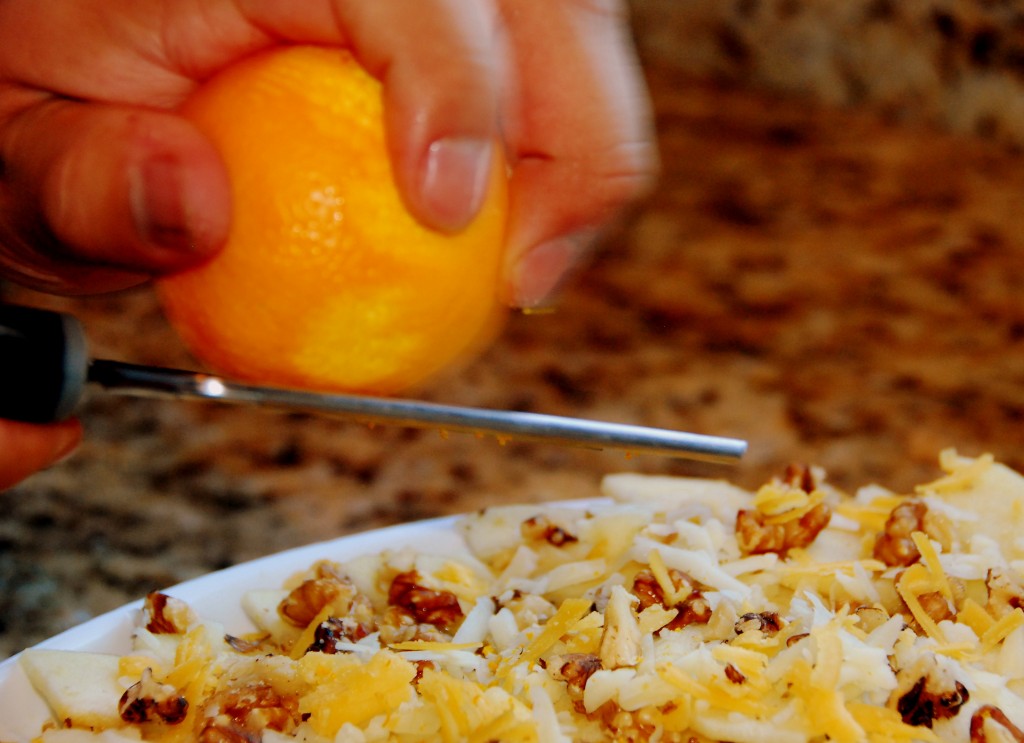 The zest of the orange enhanced the flavors of the cheese and raisins. 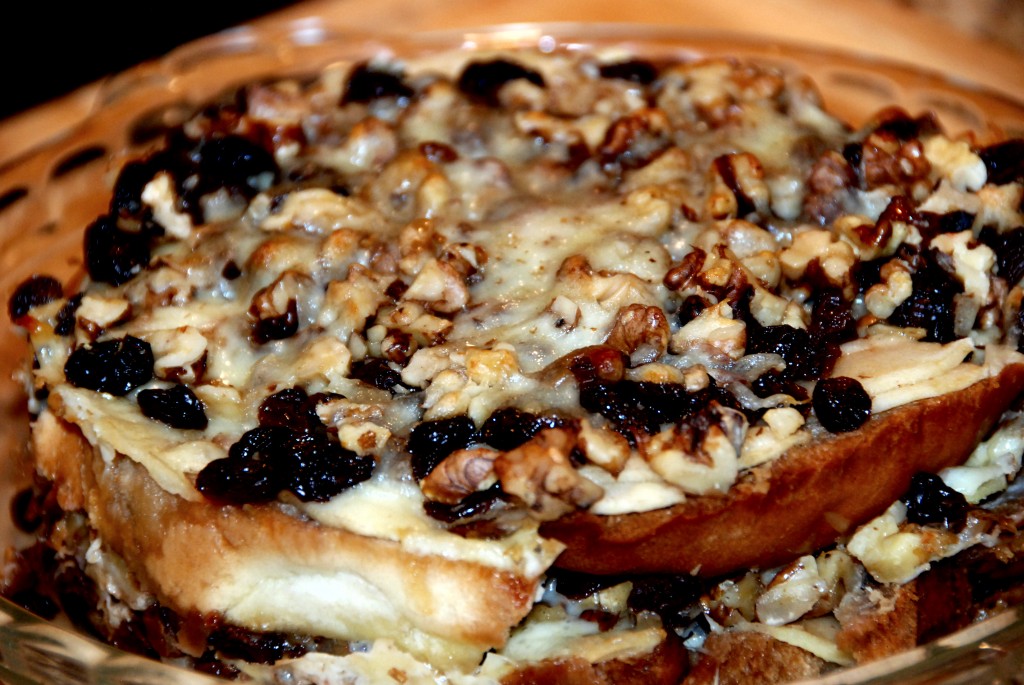 Capirotada tort – a great way to showcase the layers inside of a Capirotada. 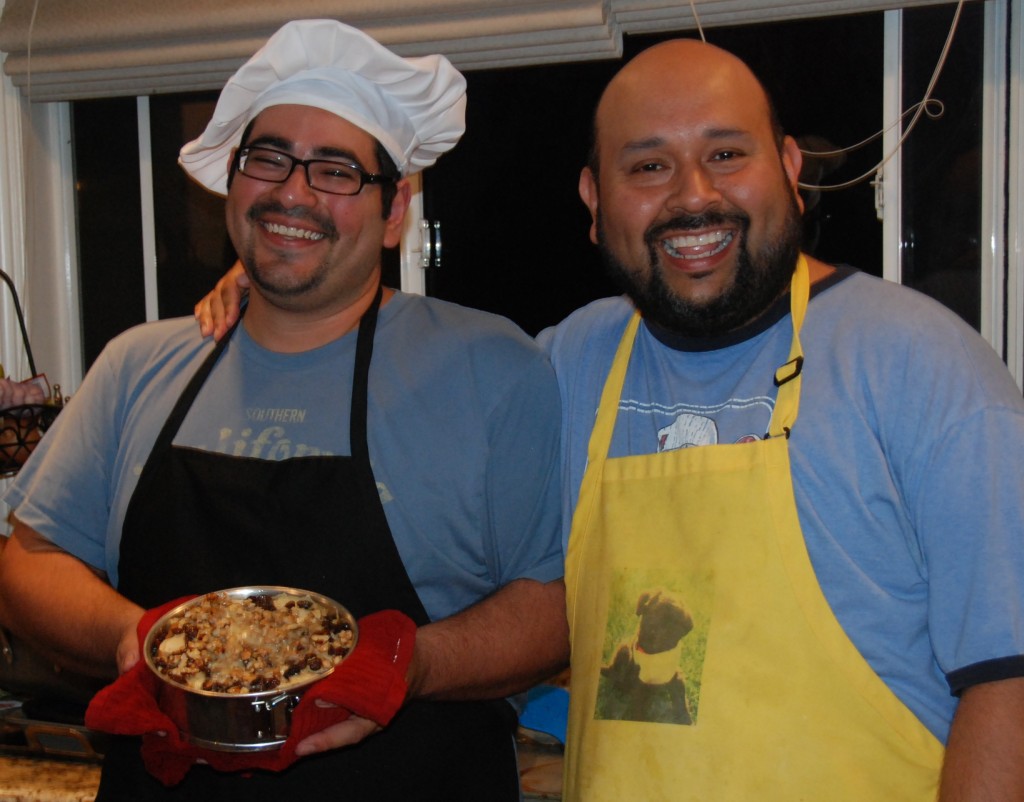 From our LatinoFoodie Kitchen to yours, ENJOY!!