Montejo is brewed at Cerveceria Modelo S. de R.L. de C.V. in Tuxtepec, Oaxaca, Mexico. It is a crisp, golden lager that pours cleanly and has an excellent aroma and smooth flavor that is accented with notes of fresh citrus. Like most lagers, it has a short finish, but I like that it has a fuller taste than most. Despite more than 100 years of Mexican brewing tradition, it has only recently become available in the United States – basically since last September. Montejo prides itself on being authentically Mexican and engaging directly with the Mexican and Mexican-American consumer. And it’s everywhere! Including a partnership with Maná and our very own Dodgers.

And I got to experience it firsthand again. Montejo invited us to experience the best of summer with baseball, beer and outdoor dining by one of L.A.’s hottest Latino chefs, Eddie Ruiz, who fed us a Montejo-infused feast practically on the field at Dodger stadium. Starting off with appetizers of aguachile de camaron and avocado wrapped in thin slices of salty prosciutto. Classic. It’s the kind of appetizers you want to order for summertime outdoor eating.

Chef Ruiz used Montejo in each dish, including dessert but I’m getting ahead of myself. Dinner was a magnificent 5 course affair starting with Montejo queso fundido with chorizo escalfado, Montejo beer battered fish & chips with a brilliant malt-cream that was dusted with charred wood, Montejo mushroom burgers, Montejo drunken chicken and a Gran Bistec with Montejo chimichurri. Dessert was an over-the-top bunelo stuffed with banana, served with ice cream and Montejo beer caramel. 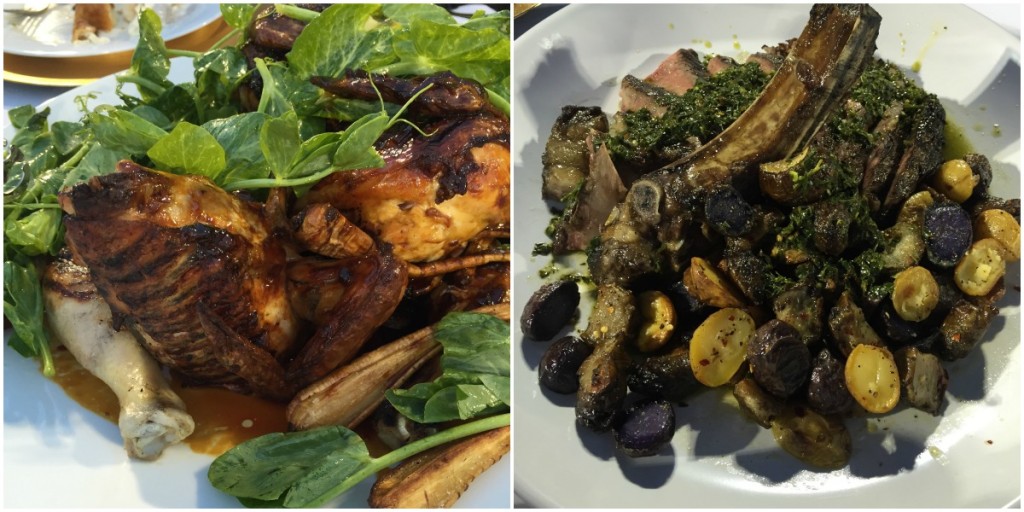 Between Montejo micheladas and dessert, we got a chance to hit some balls in the actual batting cages that the Dodgers use. This is where Manny Mota comes in: he was right there with us teaching us how to swing a bat. Sure I made a complete fool of myself because I can’t swing a bat to save my life, but practicing in the Dodgers’ batting cages and dinning on the field was definitly an experience of a lifetime.

Next time you’re at Dodger stadium you can try it for yourself because Montejo also has its own bar behind the right field pavilion at Dodger stadium. Until then, keep up with MOntejo on Facebook, Twitter and Instagram. 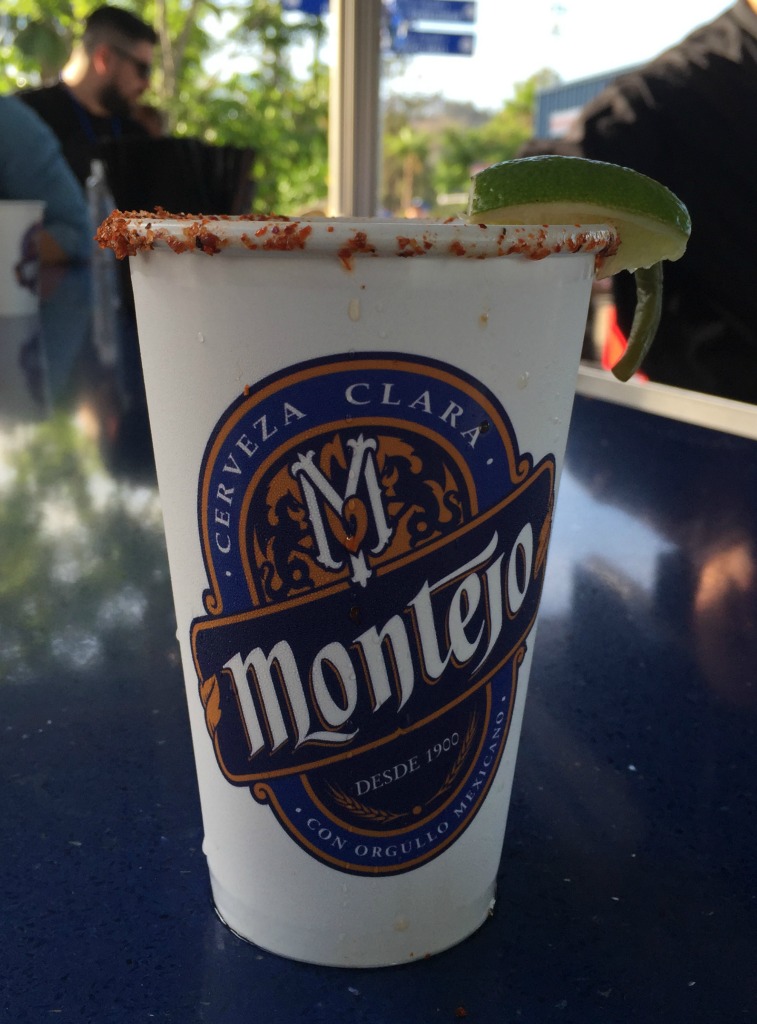 And don’t forget that this Sunday, July 12th is National Michelada Day. Celebrate with this recipe for Montejo’s Michelada.

Procedure
1.For the base, mix all ingredients except the beer in a pitcher and mix with a whisk or large slotted spoon. Refrigerate until ready to use.

This is a sponsored conversation written by me on behalf of Montejo. The opinions and text are all mine.