The appreciation of Mexican cuisine continues to be elevated around the world. We’re seeing it firsthand here in Southern California with the recent announcement of the country’s first museum/teaching kitchen dedicated to Mexican Cuisine opening soon as part of LA Plaza de Cultura y Artes, a museum and cultural center dedicated to the history, art, and culture of the Mexican experience in Los Angeles.

The new LA Plaza Cocina is scheduled to open in first quarter 2019 in the new LA Plaza Village, a mixed-used project now rising adjacent to the museum. Have you seen the construction? LA Plaza Village is a $160 million residential-retail complex being developed by LA Plaza in conjunction with the County of Los Angeles, Trammell Crow, High Street Residential, and the Cesar Chavez Foundation. 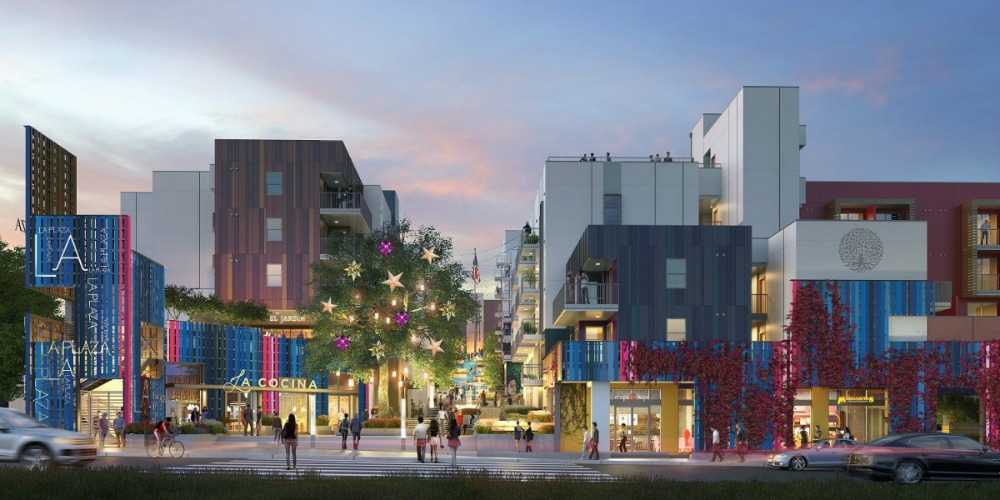 “Mexican food is one of our greatest cultural contributions to the world,” said LA Plaza founder and Board member Gloria Molina. “La Cocina will serve as a central space where we can experience, share, savor, and explore the rich history and contemporary interpretations of Mexican culinary arts.”

“La Cocina will be a place where we celebrate Mexican culinary arts through exhibitions, cooking classes, lectures, demonstrations, festivals, and much more,” said John Echeveste, LA Plaza CEO.  “It will be a space where chefs from throughout Mexico and the United States can share the treasures of their craft with Mexican food aficionados.”

WHERE IS IT LOCATED?  LA Plaza Cocina will be located in LA Plaza Village, the first major new development in the El Pueblo Historical Monument area of downtown Los Angeles. According to LA Plaza’s press release, the 3.7-acres project is being developed by LA Plaza, High Street Residential, Trammell Crow Company, the Cesar Chavez Foundation, Principal Real Estate Investors, and the County of Los Angeles. The mixed-use complex includes 355 apartments, including 20% priced at affordable rates, and more than 43,000 square feet of restaurant and retail space.