The other day I had a craving for Milanesa de Res that just wouldn’t go away. What’s milanesa? It is beef pounded thin, lightly breaded and fried quickly on both sides. A friend of mine said, “It’s like the Mexican version of chicken-fried steak.” I guess you can say that’s true.

The craving wouldn’t dissipate, so I finally packed up Art into the car and headed to local East LA Mexican hole-in-the-wall called Cemitas La China Poblana and had a torta filled with milanesa de pollo. I realized we didn’t have milanesa on our blog. It’s a staple in Mexico and Latin America. I’ve made it before, but just never took the time to document the recipe.

What’s the origin of milanesa? The milanesa (in Italian “cotoletta alla milanese”) is a South American variation of an Italian dish where generic types of breaded meat fillet preparations are known as a milanesa. A milanesa consists of a thin slice of beef, chicken, veal, or sometimes pork, and vegetables like eggplants.

In Mexico, the most common milanesas are made with beef or chicken. You’ll often see pieces of the fried meat as large as dinner plates leaving no room for the sides, which are served on separate dishes. Typical sides include a simple salad with tomatoes and raw red onions with a squeeze of lime juice, fried or boiled potatoes or a side of rice and beans. I’ll also warm corn tortillas and drop a few jalapeño or serrano peppers into the scorching oil after I have cooked the meat. It makes the perfect bite.

The recipe below is made with plain breadcrumbs, but I have seen cooks make milanesa with grounded crackers, tortilla chips and corn flakes believe it or not. 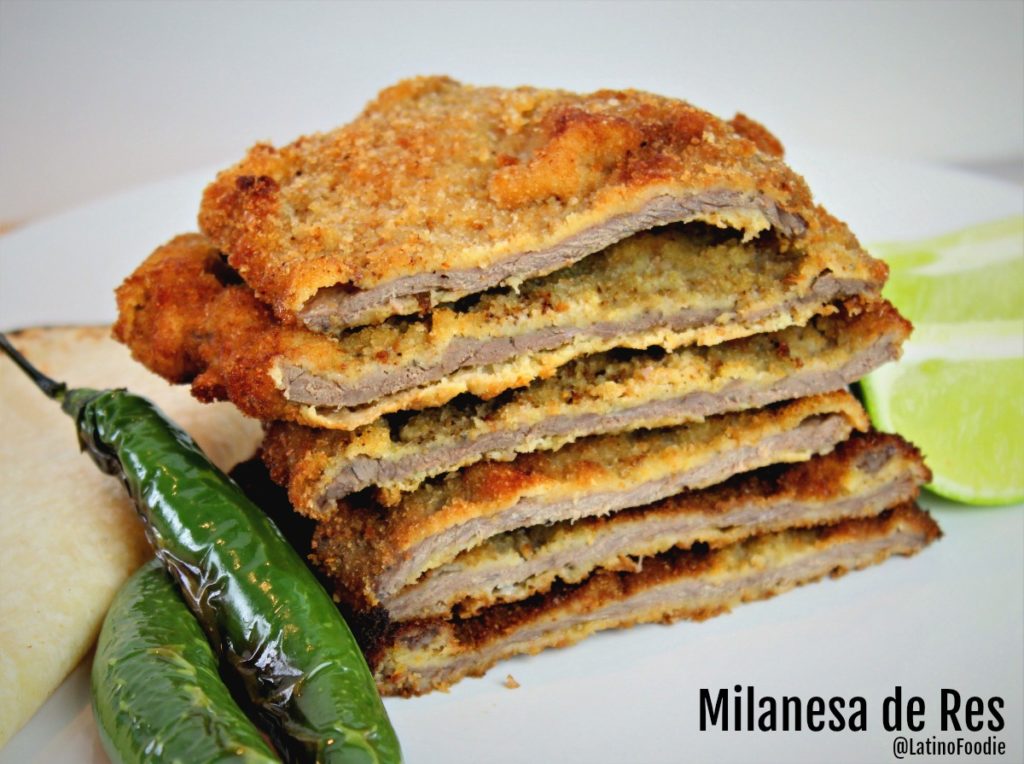 One of my favorite ways to eat milanesa is stuffed in a bolillo (a soft, medium-sized bread roll) and build a torta sandwich filled with mayonnaise, refried beans, slices of avocado and panela cheese, tomatoes, slivered pickled jalapeños, thinly sliced red onions, and pieces of the milanesa de res or pollo. I call this #Fatboyheaven. 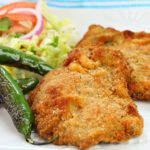 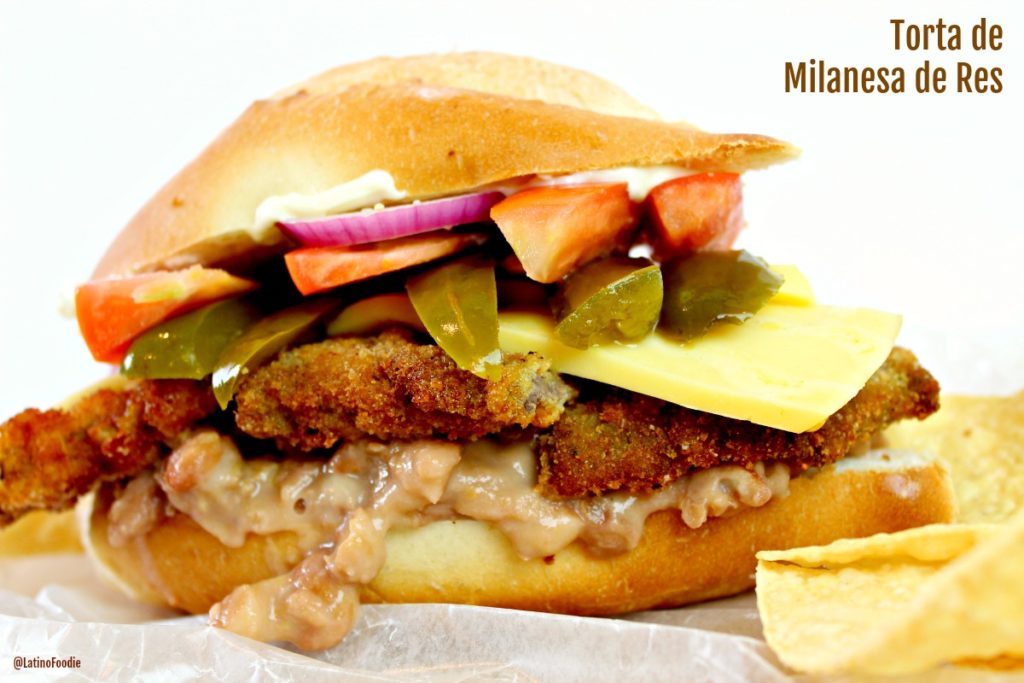