With cooler weather and influenza settling in for the season, it is time to pull out the comfort food big guns.  One of my ultimate Mexican comfort foods, Sopa de Lima, can definitely hold its own among my other heartier and heavier soup recipes.  Don’t be fooled. This soup is not just another chicken soup.  The limes make this soup a little tangy, but also very light and refreshing.

Born in the depths of the Yucatan Peninsula, of a people with limes and turkeys coming out of their ears, this simple soup will have you gasping for a bigger soup bowl.  I made this soup recipe with chicken in mind, because we all have frozen chicken in the fridge, but traditionally this soup is made with wild turkey, or rather wild turkeys’ cousin: the ocellated turkey.  You can easily make this soup using a rotisserie chicken.  I brought some added lime flavors to my soup by adding black limes, or dried limes, in addition to the regular lime juice. 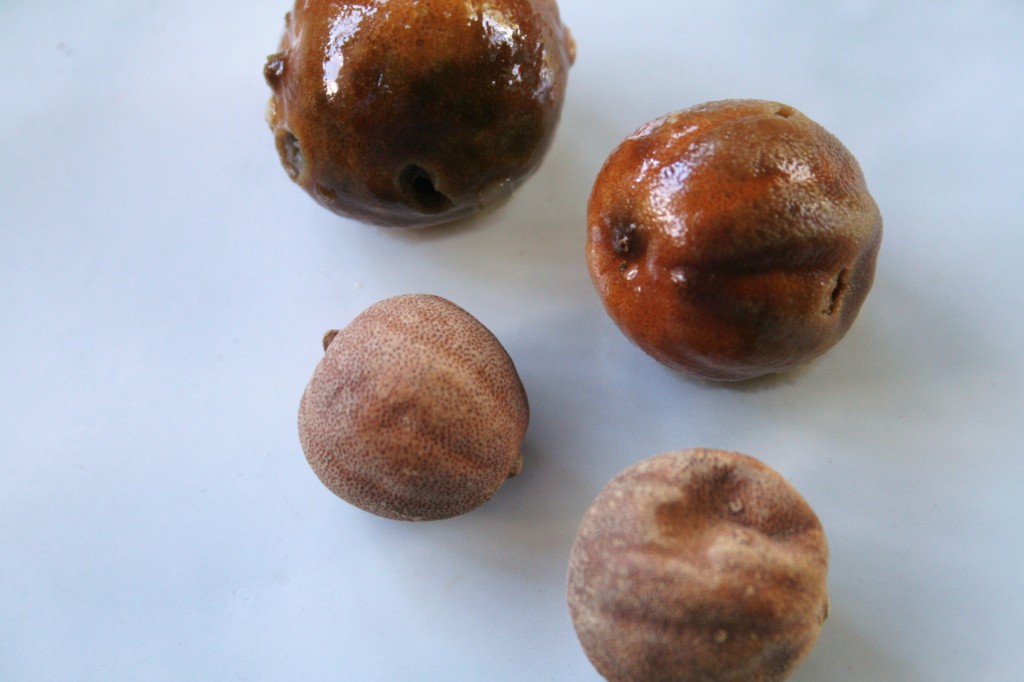 The black Lime is often used in Middle Eastern cuisine and can be found at many Middle Eastern food stores and specialty spice shops. These limes are boiled in salt water and then sun dried.  You can grate, crush, and pierce the limes for a special touch to most legume, chicken, and seafood dishes.  Cilantro and Black Lime Rice?  Yum!  Or simply fill foul cavities with crushed black limes.  The black limes will taste citrusy and sour once reconstituted, but the peel also imparts a slight fermented and pungent flavor because the limes are preserved.

When you are looking for a light and delicious meal remember the transformative power and impact some fresh squeezed lime juice and a couple of black limes can have on any boring ol’ chicken soup. 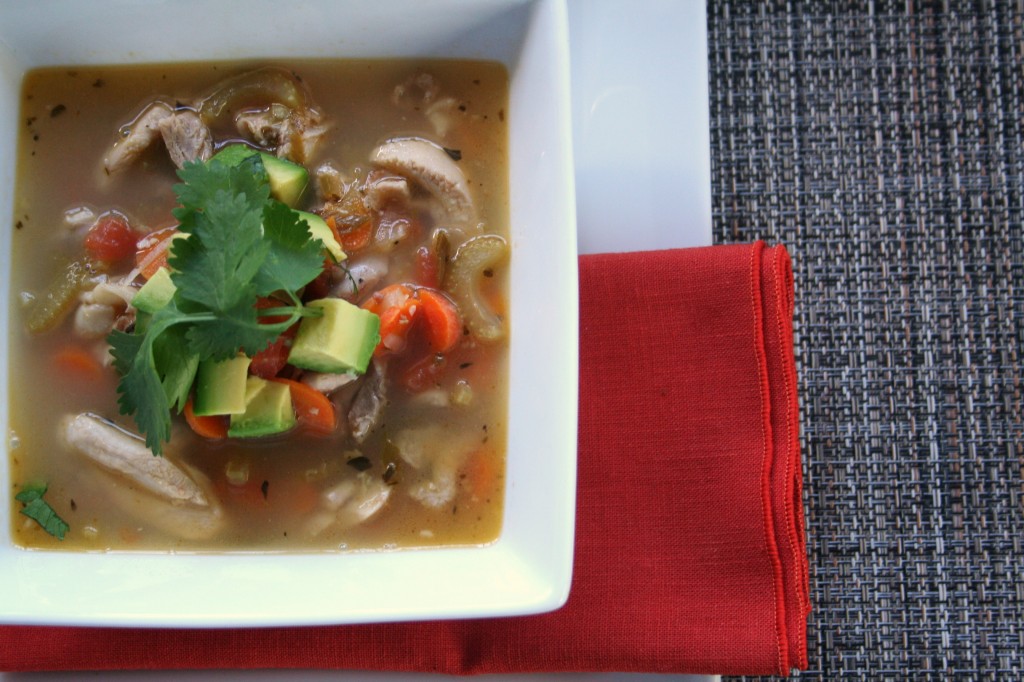 Procedure:
1. Heat 1 tablespoon of oil in a large Dutch oven over medium-high heat.
2. Sprinkle the chicken liberally with salt and pepper, place into the pot skin side down.  Allow to brown, about 8 minutes, remove from pot and reserve.  (You can do this in batches.)
3. Reduce heat to medium, add shallots, celery, carrots, peppers and allow to soften, about 4 minutes.
4. Using a wooden spoon scrap the bottom of the pan to loosen any delicious chicken bits.  Stir occasionally.
5. Stir in the garlic, bay leaves, oregano, thyme and cook for about 1 minute.
6. Add the tomatoes and cook for 5 minutes.
7. Season with salt and pepper.
8. Return the chicken to the pot, add stock and black limes.  Bring to a boil (about 7 minutes) over high heat, reduce to a simmer and allow to cook for 12- 15 minutes.
9. Remove chicken and allow to cool enough to handle.
10. Add the green onions and lime juice, cook while the chicken cools, about 5 minutes.
11. Allow the soup to continue to simmer while you shred/slice the chicken.
12. Turn off the heat, stir in the chicken and season to taste.  Remove bay leaves and black limes.
13. Ladle into soup bowls and garnish with avocados, cilantro and/or tortilla strips.