If you love mole, then there is one place you have to be this weekend: La Feria de los Moles. This festival is in its 7th year, and is held at the iconic Olvera Street Plaza. Restaurants from all over Los Angeles, and some from Mexico, will be serving up their best mole dishes, in a friendly competition to see whose is best. That is going to be a tough call, but a delicious challenge.

The battle has been “Puebla vs. Oaxaca,” and this year we can expect more stellar dishes featuring both. As a special treat, we got a sneak peek into a dish making its debut: Mole de Caderas, from Tehuacan, the second largest city in the Mexican state of Puebla. This mole has come a long way and is so special that it is only eaten in the month of October. While it is from Puebla (land of the seven moles), it is nothing like the sweet mole poblano. Chef José José (not a typo) Cepeda González of Los Maragatos Restaurant in Tehuacan, made us some of this unique mole and explained how it is made. And while he was willing to give away his recipe, it would be nearly impossible to recreate a true mole de caderas. The goats are fed fresh herbs, regional salt and the local cactus for one year before roasting the spine and hip bones. The orangey broth gets its hue from roasting tomatoes and chiles. It is faintly gamey, with a special blend of wild herbs, and somewhere in there, if you’re paying attention, you can pick up subtle hints of licorice, maybe from anise or herbs. This single sample sized portion was enough to stop the conversation and make we want to submerge my head in a bowl of broth.

We will be there this Sunday, waiting in line for another serving (hopefully a full serving) of this amazing mole de caderas. I hear it is extremely limited, so come early. Either way, come hungry because all of the vendors are bringing their A game, so you can expect some good food. Besides the amazing food, there will be plenty of desserts, music, folklórico and even a cooking workshop by renowned restaurant, Murals de las Poblanos. So bring your stretchy pants and your party shoes, because this is one festival you won’t want to miss. Visit their website or follow La Feria de los Moles on Facebook for more information.

Entrance is FREE and food will be available for purchase. 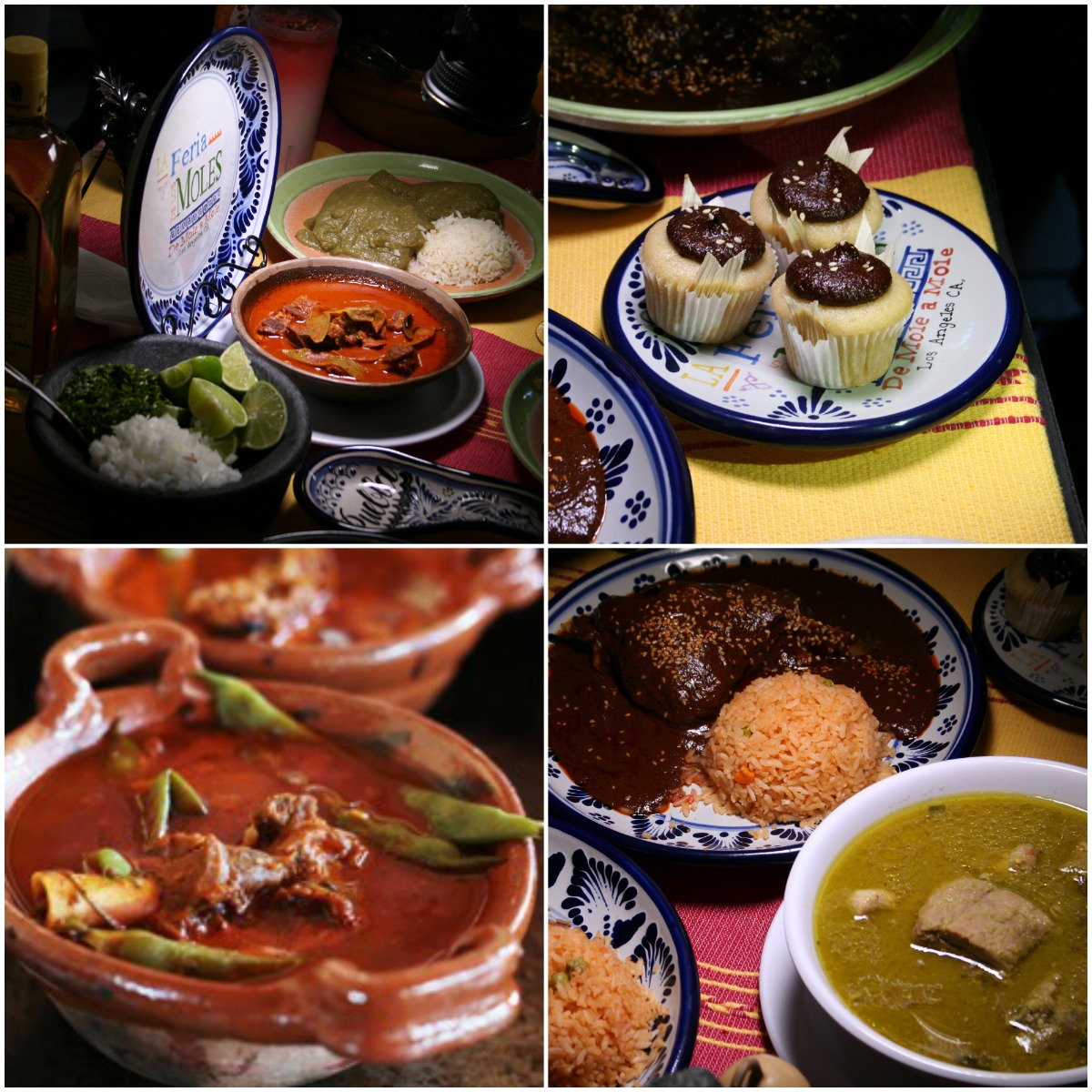